Open a terminal window and issue the following command:


The previous command will install the basic desktop. To install all Cinnamon desktop related software use the command

You can also install the software tools under Activities >> Show Applications >> System Tools >> Software. Do a search for cinnamon on the top left corner. Check on cinnamon-desktop and click "Install Package" 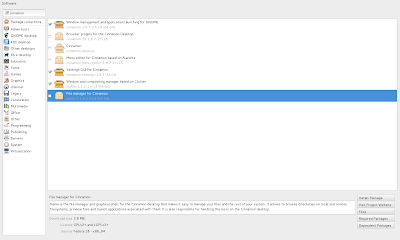 After installation you may need to logout or restart the system. 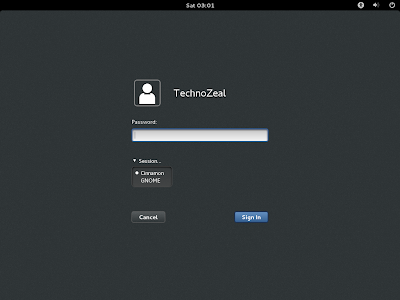 After login, the desktop is appear differently then GNOME. 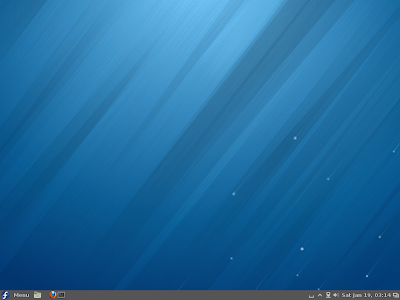 To launch program click on "Menu" on the lower left corner. 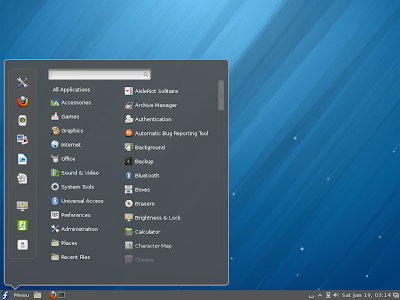 Please note that you can configure the bottom panel to appear on top. To do that you need to launch "Cinnamon Settings". You can launch from menu (The first icon on the favorites list) or you can launch from the panel by clicking on "^". 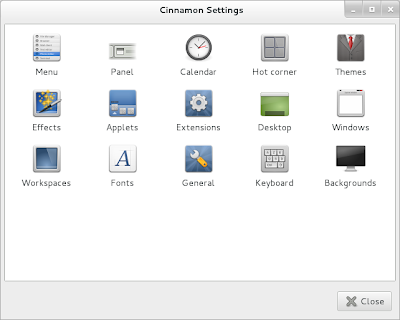 Select "Panel" to flip the panel to the top. Use the settings as shown below. 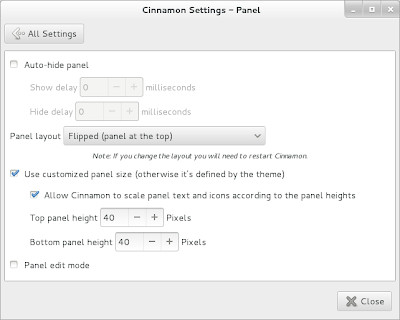 For the setting to take effect, you need to logout and login again. The desktop is shown below. 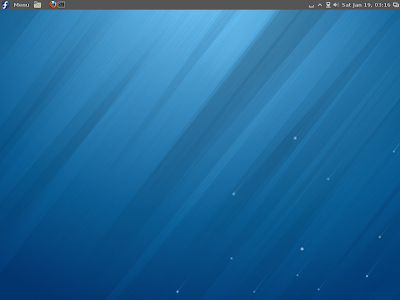 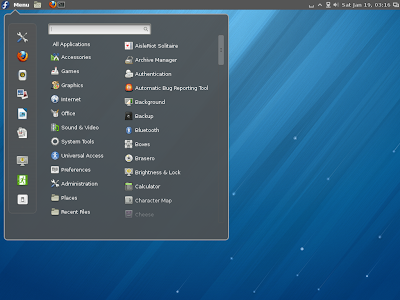 You can add additional applets by going to Cinnamon Settings >> Applets. 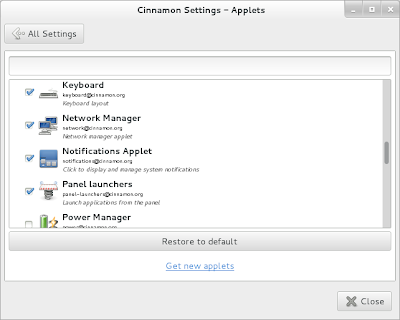 If you can find what you want click on "Get new applets" or go the the Cinnamon Applets page. Download the applets you want and decompress it in ~/.local/share/cinnamon/applets/ folder.


You can customize many things under Cinnamon Settings. You can change keyboard shortcut, set hot corners, add workspace and change windows effect. Please feel free to explore and experiment with the settings.