- August 27, 2018
If we installed a sever such as Ubuntu server on VirtuaBox, we will not be able to ssh into the server since the network are isolated from each other. To establish connection with VirtualBox guest OS, we need to create a separate network and a 2nd adapter for host only connection.

Before we create a second adapter on the ubuntu server, we need to create a separate network for the host-only adapter. 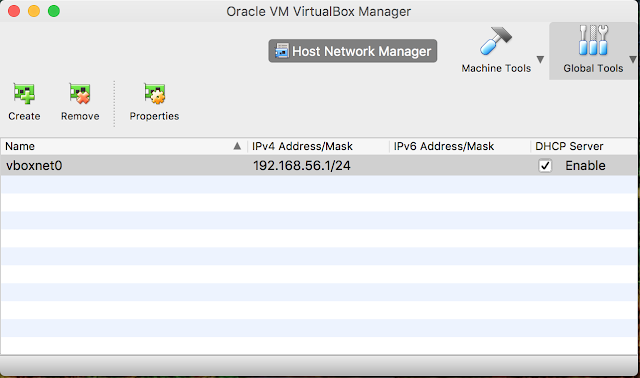 Click on Create to create a host network. A host network known as vboxnet0 is created with a separate subnet and a dhcp server. We can create one network for each server or we can use the same network between different server so that they talk to each other. 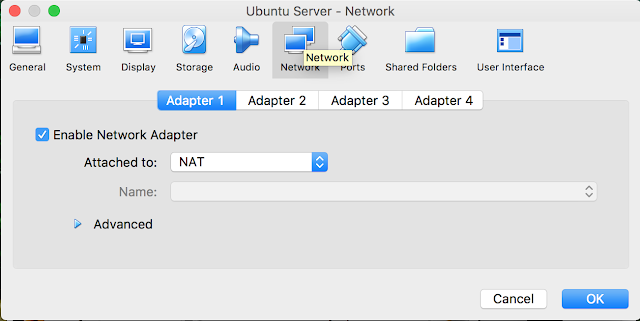 On Adapter 2, we enable the network adapter and attached it our host network vboxnet0. 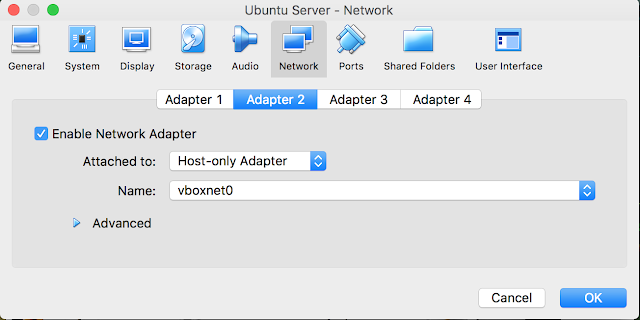 Finally, we need to activate the network on the server.