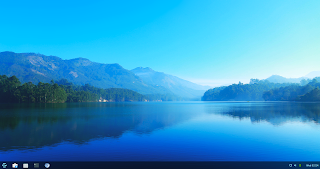 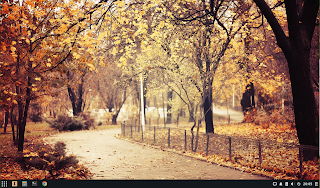 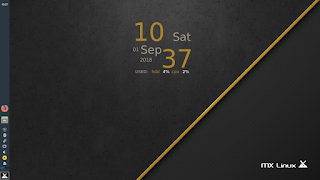 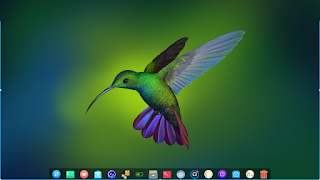 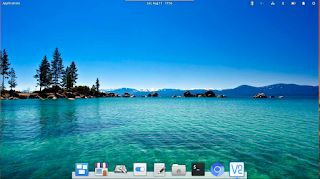 The most successful distributions are Debian/Ubuntu class of Linux. You can installed Fedora or CentOS if you are willing to give up the wifi capabilities. Alternatively, you can install the latest Wifi-USB adapter or if you have the time, you can attempt to build the Broadcom driver from scratch. This is due to the lack of drivers. We have issue with Arch Linux distributions on Mac Mini. It hangs frequently. We don't think it is hardware issue since other distributions works fine.

We have tried many Debian/Ubuntu class of Linux distribution. Debian, MX Linux and Elementary OS are the most successful installation. Ubuntu and Linux Mint have intermittent wifi connection issue.

Please check our the main post on re-purposing old Mac Mini.  This post also include the installation of Ubuntu on Mac Mini. We also list down the hardware specification of the Mac Mini and other consideration in the main post.
Revive Old Mac Mini (2009) with Linux

MX Linux: We have no major issue with MX linux. In fact we do not need to do anything for drivers. It works after installation and updates. However, the developer still believes in system V. Systemd is installed but disabled. This cause problem where some software packages configure systemd file instead of init.d file. Other than systemd and system V issue. It works perfectly.
Install MX Linux on Mac Mini (late 2009)

Debian OS (KDE Plasma): We tried KDE desktop since most Linux distro install Gnome as default. We are quite tired of Gnome. Installation of Debian did not post major problem other than it could not detect wifi driver. Installation of the driver afterwards is successful without any intermittent connection problem. Only issue is that KDE Plasma take up more CPU and RAM resources.
Install Debian on Old Mac Mini (late 2009)

Solus: Solus is build independently from scratch. As usual, there is no driver for the wifi. We need to manually build the wifi driver. Surprisingly, we manage to build the wifi driver without much trouble. After driver is installed, the system is pretty much stable.
Install Solus on Old Mac Mini (late 2009)

The following OS installed perfectly, except that wifi works intermittently.  If we can use the system without wifi or if we installed alternative USB wifi adapter; then these system can also be considered as successful installation.

Linux Mint 19: We have have pretty good success in Linux Mint. The only minor problem that bug us is the intermittent connection on wifi.
Install Linux Mint 19 on Mac Mini (late 2009)

Zorin: Zorin is based on Debian and Ubuntu. The system quite stable and working fine once we have fixed all the minor issue. But the wifi have intermittent connection.
Install Zorin on Old Mac Mini (late 2009)

Use Without Wifi or Install USB WiFi Adapter

Cent OS 7: Cents OS 7 is much more stable than Fedora, however, there is no Broadcom driver. We can either build the driver ourselves using make or we use another Wifi Adapter.
Install CentOS 7 on Old Mac Mini (late 2009)


Try at Your Own Risk

Manjaro: Manjaro is our next least successful implementation. It hangs frequently. we manage to improve the condition so that it hangs less frequently.
Install Manjaro on Mac Mini 2009 or Virtual Machine

Antergos: We have no luck in this distribution. It is worst than Manjaro. At least we can stabilized Manjaro. Antergos keeps hanging.
Install Antergos on Virtual Machine